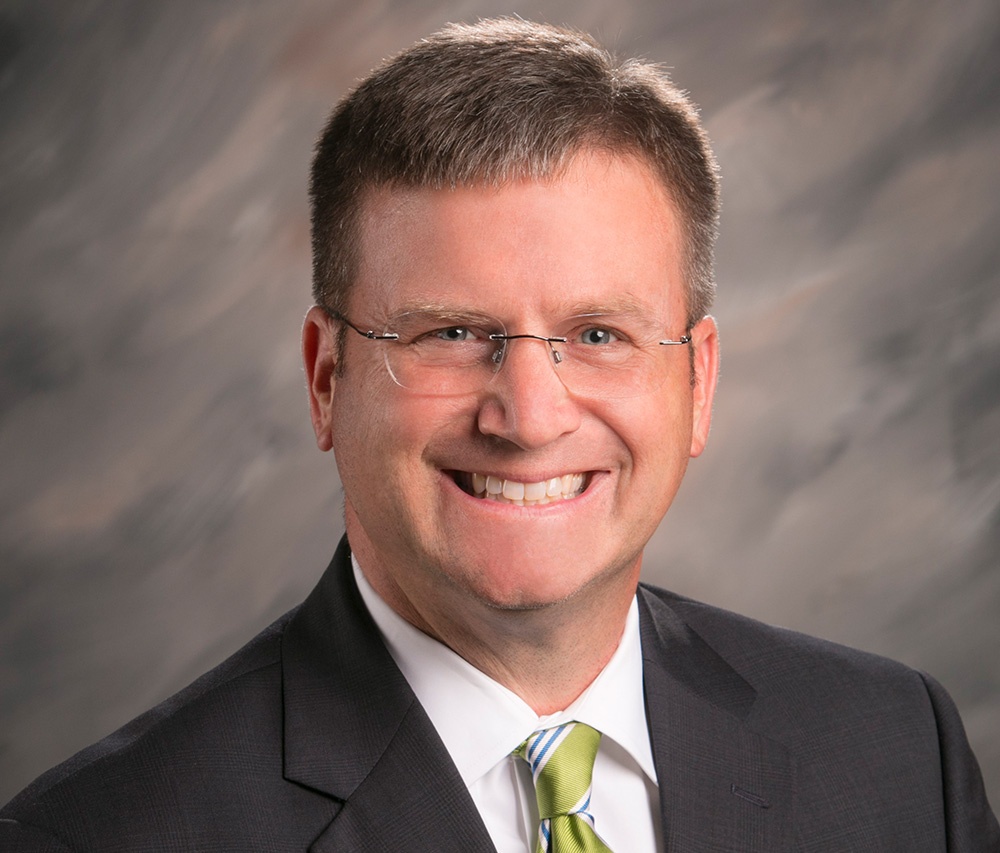 Rob Palmer joined WPS in August 2015 as Vice President of Government Relations and was promoted to Senior Vice President in March 2021. He represents WPS to the Wisconsin Legislature and the U.S. Congress, state and federal agencies, and military beneficiary associations.

An Air Force Reservist who was on active duty for 10 years, Rob came to WPS from the Air Force Reserve Command, where he has been Director of Public Affairs since 2012. Based in Georgia, he was the chief communication officer and spokesman for one of the Air Force’s 10 major commands.

A joint qualified officer, he previously was Deputy Director of Legislative Affairs for the North American Aerospace Defense Command and United States Northern Command. His other active-duty assignments include the Office of the Assistant Secretary of Defense for Reserve Affairs and on the Air Staff, and he completed deployments to Bosnia and Southwest Asia.

Rob earned a master’s degree in international affairs from the Fletcher School of Law and Diplomacy at Tufts University in Massachusetts. He also earned a Master of Public Affairs degree from the School of Public and Environmental Affairs at Indiana University. He has a bachelor’s degree in political science from The Citadel, the Military College of South Carolina.