MADISON, Wis.—Jan. 21, 2020—John A. Matthews, a member of the Board of Directors of Wisconsin Physicians Service Insurance Corporation (WPS Health Solutions), was recognized by the Wisconsin Assembly with a Hometown Hero Award on Jan. 21.

Matthews, who was nominated by his State Representative, Jimmy Anderson, D-Fitchburg, received the award during the Assembly’s session in the State Capitol.

Matthews was director of Madison Teachers Inc. for 48 years, earning the respect and esteem of many educators and administrators in the Madison area.

“I am humbled to be recognized by you for my contributions to the working lives of many Madison-area public employees,” Matthews said in his remarks to the Assembly.

“Knowing that education plays an incredibly vital role in the success of our kids, I am proud to recognize John’s many years of service to educators in the Madison area,” said Assembly Majority Leader Jim Steineke, R-Kaukauna, who selected Matthews for the award. “His legacy and commitment to his community deserve our commendation.”

WPS President and CEO Mike Hamerlik offered his congratulations to Matthews, who has been on the WPS Board since 1991.

“John’s commitment to causes that are important to our communities has been amazing. We are grateful that John has shown that same commitment to WPS and the work we do.”

The Assembly Hometown Heroes program seeks to identify and recognize individuals from around the state who give of themselves to make a difference in our communities and in the lives of those around them. 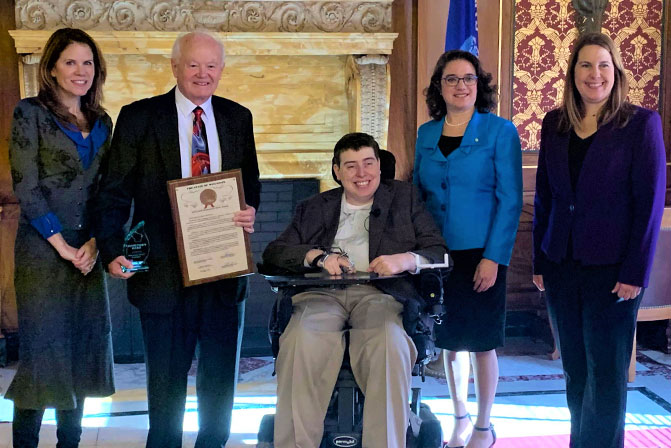