GREEN BAY, Wis.—Aug. 17, 2021—The Green Bay Packers and WPS Health Solutions paid special tribute this week to U.S. Air Force veteran Rob Sehi and his family in conjunction with the Aug. 14 game against the Houston Texans. Operation Fan Mail, sponsored by WPS, is the program that recognizes military families and veterans at each Packers home game. The program marks its 15th season in 2021.

Sehi, originally from California, has spent the last 23 years in Connecticut. He enlisted in the U.S. Air Force in 1969 and was deployed to Vietnam from December 1970 to October 1971. He continued serving in the Air Force until 1976, and he went on to serve in the Air National Guard from 1985 to 1997. During his 20 years in the military, he earned the rank of Master Sergeant and earned a Meritorious Service Medal.

Aside from his military career, Sehi spent his civilian career as a psychotherapist and is also a reverend, having attended two years of seminary in New York City.

Sehi's wife, Tamara, is also a veteran who served in the California Air National Guard. She has spent her post-military career working for the Department of Veterans Affairs. A Packers fan since the 1960s, Sehi recently celebrated his 71st birthday and is making his very first trip to Wisconsin and Lambeau Field. The Sehi family lives in Hebron, Connecticut.

As the honoree for Operation Fan Mail this week, the Sehi family also received four tickets to the game and a $150 Packers Pro Shop gift card, courtesy of WPS.

The program, which debuted in 2007, is designed to honor families with a member who is on active duty, or a member who is a veteran. The Packers and WPS Health Solutions will host a family at each 2021 home game and recognize the members on the video boards during pregame activities. A total of 137 individuals, families, or groups have been recognized through the program. 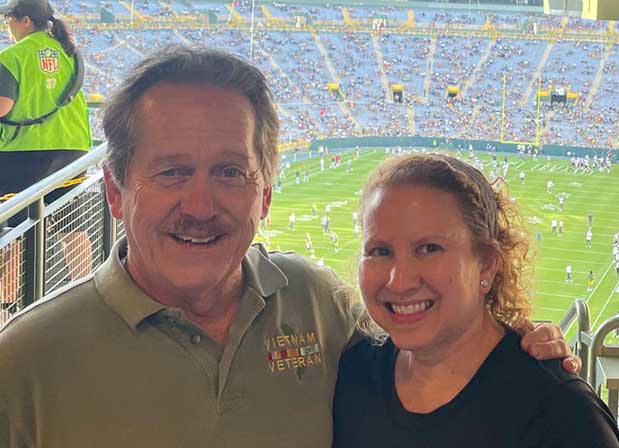