MADISON, Wis.—Nov. 29, 2021—The Green Bay Packers and WPS Health Solutions paid special tribute this week to Coast Guard Lieutenant Commander Eric Quigley and his family in conjunction with the Nov. 28 game against Los Angeles. Operation Fan Mail, the program that recognizes military families and veterans at each Packers home game, marks its 15th season in 2021.

He currently is the Commanding Officer of the U.S. Coast Guard Cutter Mobile Bay stationed in Sturgeon Bay, where he is responsible for maintaining aids to navigation of Green Bay and northern Lake Michigan. His duties also include ice breaking to keep commercial navigation open for some of the winter months. Quigley is living out his dream as captain of the cutter in his hometown waters where he boated throughout his life. He plans to serve with the U.S. Coast Guard until he reaches retirement.

Quigley, a lifelong Packers fan, attended Sunday’s game with his father, Ken, his mother, Barb, and his sister, Kristin.

As the honorees for Operation Fan Mail this week, the Quigley family also received four tickets to the game and a $150 Packers Pro Shop gift card, courtesy of WPS.

The program, which debuted in 2007, is designed to honor families with a member who is on active duty, or a member who is a veteran. The Packers and WPS Health Solutions will host a family at each 2021 home game and recognize the members on the video boards during pregame activities. A total of 143 individuals, families, or groups have been recognized through the program since it began. 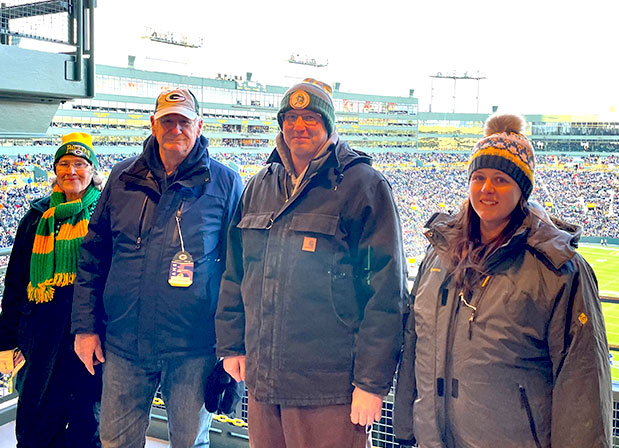