GREEN BAY, Wis.—Dec. 22, 2020—The Green Bay Packers and WPS Health Solutions paid special tribute this week to Air Force Master Sergeant Brianna Hubbard and her family in conjunction with the Dec. 19 game against the Carolina Panthers.

Hubbard, a native of Orland, Calif., has been serving in the Air Force for 11 years. She is currently on her third deployment in the Middle East, serving Operations Inherent Resolve, Freedom’s Sentinel, and Deliberate Resolve. She has also deployed in support of Operations Enduring Freedom and Resolute Support.

When not deployed, she is stationed at Beale Air Force Base in California and serves as the Programs Flight Chief in the 9th Maintenance Squadron, where she manages five offices and leads a team of 11 personnel, including three civilian employees in various administrative duties vital to the daily functions of the unit.

Hubbard became a Packers fan when stationed in Minot, N.D., in 2010, where she had friends who were fans, and fell in love with the team and fan base. She has earned 21 awards and decorations, including three Air Force Commendation Medals, one Air Force Achievement Medal, two Global War on Terrorism Expeditionary Medals, and a Humanitarian Service Medal.

As the honoree for Operation Fan Mail this week, the family will also receive a $250 prize pack from WPS Health Solutions and the Packers. A total of 135 families have been saluted during the past 12 seasons. The Packers and WPS Health Solutions invite interested families, or friends of eligible families, to submit an essay, 500 words or less, on why a particular family should be saluted. Families intended for recognition are those that have a member serving on active duty, or a member who is a veteran. The family member can be a spouse, mother, father, son, daughter, or sibling. 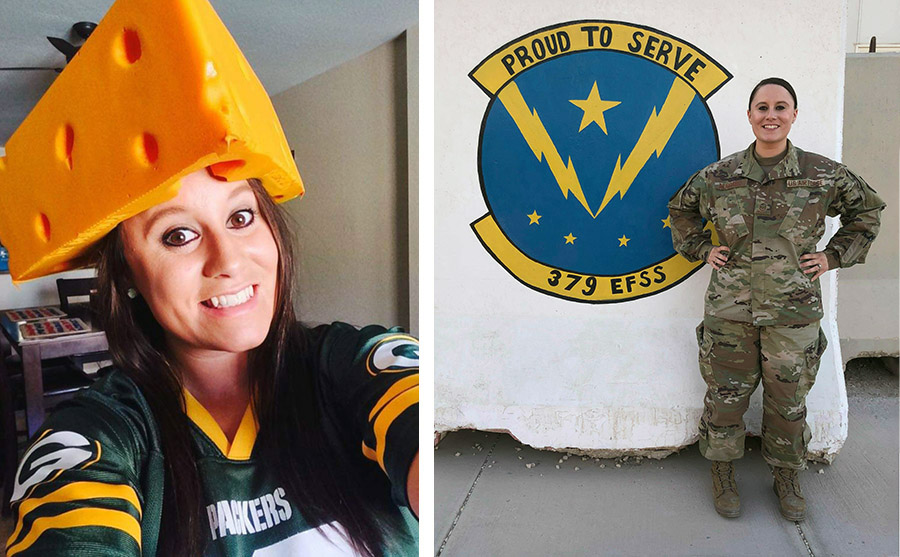